A little bit about me: 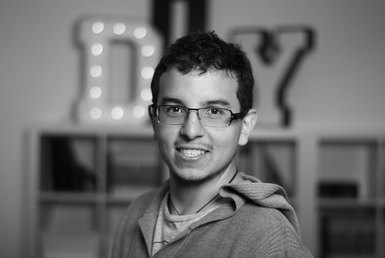 Who am I?
Peter "Fox" Spratt

What I do:
Graphic Design/Photography/Videography/Chef/Moderator

Back story:
For as long as I can remember I have been a creative with a visual pattern of thought.   Over time it seemed all the lights pointed to graphic design as a creative outlet.   With education ranging from marketing, advertising and media the next logical step was the heart of all three being the designs that support, push and promote the ideas that the products are trying to create.
After years of working in the field fighting for jobs in I moved into hospitality with guaranteed work at the end of it. Although it has been a hard slog, being a chef has taught me more about the everyday practicality of graphic design. The more time spent being a chef has driven me further and further into looking to return to the ever evolving graphic field.
During the upheavel of 2020-2022 I found a further creative outlet of moderating streamers on twitch and discord adding more feathers to the cap as all require knowledge in copyright, moderation, gaming, coding and programming.

Philosophy:
"Fight to the death or die trying" - Like Winston Churchill's "Never Ever Surrender" I strive to throw myself into each challenge wholeheartedly and if it doesn't work I'll keep trying till it does or die trying. After becoming a chef, where everything and anything can kill you, I now have the battlescars to prove it.

Why Foxed:
Being a capoeirista for over thirteen years you pick up nicknames through the time you train and play.
The history behind the nickname is that when capoeira was illegal in Brazil, capoeiristas would take a nickname so that when the police arrived to arrest them they had no idea who was teaching or performing it as the names didn't really mean anything.   Nicknames or apelidos, are derived by certain traits or attributes that a capoeirista has shown while they played or acted when with a group. The name also comes from the Mestre or Master who can either come up with it by themselves or be named by a fellow student if an idea isn't reached.
My nickname "Fox" was given to me by a fellow student as every time I played a game, I spent the whole time running away when only to be replaced by the next player, I would go on the offensive so not to leave as the new player would rather play me instead as this was viewed as being cunning and sly, hence "he fights like a fox".   "Fox" however "Raposa" or "Raposo" is very feminine in Portuguese both in the masculine and feminine terminology so I am lucky enough to have an english nickname as my teacher refused to accept the Portuguese word for me.   This has opened up a whole new can of worms adding several hundred more to the growing list of nicknames I have had throughout my life. What makes it even better is that more people around the world know me as Fox than my real name!
​
Foxed came from this and also lead into the creation of houndagency.com but that is another story...